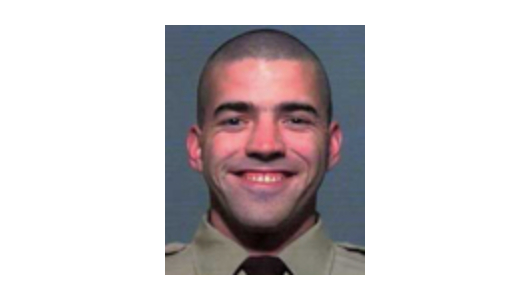 Deputy Timothy Graham was struck and killed by an auto as he struggled with an emotionally disturbed man.

Deputy Graham was dispatched to the intersection of Kinney Street and West Ajo Way after a man called 911 three times from a pay phone. The man was incoherent and paranoid, claiming people were out to get him. When Deputy Graham arrived, the suspect became combative and Deputy Graham was able to get a handcuff partly on him before he broke away and started to run across the street.

Deputy Graham caught up with him in the median, where the struggled continued. A passing taxi cab driver parked his taxi on the side of the road and ran over to assist Deputy Graham. The three struggled and fell into a westbound lane where they were all struck by a pick-up truck. Deputy Graham, the good samaritan taxi driver, and the suspect were all killed.

Deputy Graham had served with the Pima County Sheriff’s Office for 3 years, and had previously served with the Arizona Department of Corrections for 4 years. He is survived by his wife and two step-children.