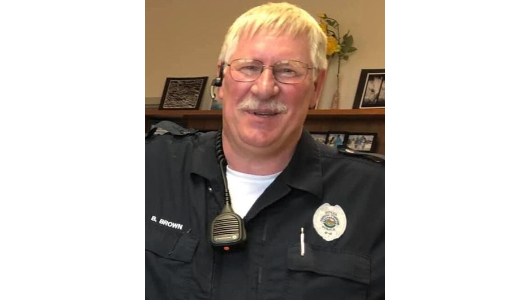 Basics-60 Jump Ropes, 3 Rounds, Light weight DL
Police Officer Bryan Brown was killed as he and other officers responded to reports of an armed man driving erratically near the Desert Diamond Why Casino near Why, Arizona, at about 9:00 a.m.

When Officer Brown arrived at the scene the man immediately approached him while holding a broken bottle, prompting Officer Brown to back up as he sought cover and issued commands. The man got into Officer Brown’s vehicle, stealing it, and drove down Arizona 86 before making a U-turn and intentionally ramming a United States Border Patrol vehicle. He then accelerated as he drove directly toward Officer Brown, who was able to shoot the subject before being struck by the vehicle.

Members of the Tohono O’odham National Police Department and the United States Border Patrol arrested the subject following a pursuit during which he struck two other Border Patrol vehicles multiple times. The man later told investigators that he was high on meth at the time.

Officer Brown was flown to a hospital in Phoenix, where he succumbed to his injuries.

The subject was charged federally with murder and three counts of assaulting a federal law enforcement officer.

Officer Brown was a U.S Army veteran of the Gulf War. He had served with the Tohono O’odham Nation Police Department for 19 years, including 10 years as a school resource officer. He is survived by his wife, seven children, four stepchildren, eight grandchildren, seven siblings, and his father.